Information against fear – Germany will NOT immediately start mass-deportations to Afghanistan – let´s fight together for your right to stay!

In the last few months, many within the Afghan community have been feeling a growing fear about the worsening treatment of Afghan refugees in Germany and in the whole of Europe. Some even fear they could be picked up at home to be deported without any warning, sometimes there have been even rumors that mass-deportations already started. This is fortunately NOT TRUE.

Very important information: It is not possible to deport someone during the asylum procedure. This means that, as long as you have not received the decision notice (“Bescheid”) or your asylum application has been rejected, there is no threat of being deported! No one will be deported before the asylum procedure is finished and never ever before the interview has been taken!

The current situation: There are NO ongoing mass-deportations from Germany!

• At the beginning of October 2016 the European Union and the Afghan government signed a readmission agreement to “facilitate” the return of Afghan asylum seekers who have not been granted asylum and who are now in a state of „toleration“ („Duldung“). They even talked about a terminal for deportations that should be built in the Kabul airport.
• It is planned that EU-member-states will have the possibility to issue travel documents (so called „laissez passer“) for those Afghan citizens who have requested a passport in an Afghan embassy/consulate. This means that this “laissez passer” will enable the EU to return Afghans also without a valid Afghan passport. As a consequence, you cannot rely any more on the work of Afghan embassies, which often asked you twice if you really want to get a passport before they issued it.
• BUT: This readmission agreement does not immediately lead to mass-deportations. Its implementation will probably take years. Just within Germany, there are already 14.000 Afghans today who only have a “Duldung” status (so-called “toleration” after a fully negative asylum procedure), and in Sweden, Norway, Denmark there are many more. At the moment it is even unclear how the Afghan government will deal with this whole agreement. Still only a handful of people have been deported to Afghanistan (in 2015 in the whole Germany it has happened to 9 people, while in the first 6 months of 2016 it has happened to 18 people).
• What take place more regularly are so-called “voluntary returns” to Afghanistan, which means that people decide by themselves (and sign) to go back. This often does not really happen on a “voluntary” basis, and often without being informed about the consequences. If you consider this as a possible next step, you should ask the above-mentioned contacts about options for a trustful counseling beforehand – many times we have seen people who had to flee a second time after a return.
• For Germany, we estimate that for now the practice to deport only young, single, healthy men will continue. So there will probably be no deportations of so-called “vulnerable people” such as families, single women or elderly people.
• Finally (if we count also those who get protection after a “Dublin” procedure) the percentage of people who get a right to stay (refugee status or humanitarian protection) for Afghans it was still quite high in Germany: in 2015 it was 78%, and in the first 3 months of 2016 it was still 64%. Only in the last few months this rate of acceptance got lower – which means that the migration office starts to be more strict in considering certain regions as “safe”, and they have been claiming more often than before that a person could have also found an alternative “safe place” inside the country („why can’t you live in Kabul or Herat, where it is safe?“).
• Contrary to the propaganda of EU-member-states, Afghanistan is not safe! Every day people lose their lives or get injured in bombings or shootings. You should try to make the authorities understand very concretely why you are personally in danger in Afghanistan.

Maybe the number of deportations won’t grow very high, but one main aim of this agreement is also to produce fear among a whole group of refugees, to make people change their routes or perhaps even to provoke voluntarily returns out of fear. They hope that everybody will pick up the phone to call relatives and friends in Afghanistan, Pakistan and Iran to tell them: “Don’t come to Europe, you have no chances here.”

We would like to join hands and build solidarity in order to not let them win, with this idea of creating fear to terrorize people who have already enough problems. Most importantly: don’t panic! If you are afraid to be affected by the readmission agreement, please ask your lawyer or a counseling office to try to figure out with them how to obtain a right to stay.

2) Even if the migration office (BAMF) takes a “negative” decision, they don’t have the last word. Everyone has a second chance, if you appeal against their decision in front of a court of law. We expect that many courts will correct the strict decisions of the BAMF, and that in the second round many people will obtain a right to stay. Very important: check your post / mail regularly (every day), so you don’t miss the right timed chance to appeal!

3) Those most in danger are mainly the young and healthy man without family. People who come from regions like Kabul, for example, and that are then considered to be relatively safe, will be most affected.

4) It is always good to prepare for the asylum procedure. A few hints can help to get a better result:
a. Before the interview: Contact a counseling office and prepare yourself. You can find information about the asylum interview in Germany here:
– English: http://w2eu.info/germany.en/articles/asylum.html
– Dari: http://w2eu.info/germany.fa/articles/germany-asylum.fa.html

b. The interview: Here you need to talk as in detail as possible about what really happened to you and your family. Take your time, and explain the reasons for your personal persecution and what you fear might happen to you in case you have to return.

c. Also for refugees who have lived in Iran or Pakistan for a long time: explain your problems in Iran too as in detail as possible. For Afghans who grew up in Iran or Pakistan, it is very important to explain that you don’t know Afghanistan and that you have no support there.

d. In the interview, don’t use a special “case” that is too far away from your own reality. Mostly these are “cases” well known to the BAMF. You may risk that they’ll accuse you to be lying. It would be very complicated to correct your statements and their reactions afterwards!

e. For young healthy men, and also for unaccompanied minors who will turn 18 soon: having family members in Kabul or in other “safe” regions of Afghanistan can be a problem. Especially if you are regularly in contact with them, the BAMF may assume that your family would be able to support you if you were to return there.

f. It is very important to document health-related problems from the very beginning by obtaining medical certificates from a doctor. This concerns especially all kinds of psychological problems that can be a result of bad memories from Afghanistan or also from your journey to get out of there. Many of you know the symptoms: sleeplessness, bad dreams, headache-attacks, problems to concentrate etc. This is called “traumatization” or “post-traumatic stress disorder (PTSD)”. If you are able to get medical/psychological certificates about this kind of suffering, that can help you in your asylum procedure. You should show these documents at the asylum interview or, following a possible rejection of your asylum application, to the foreigner’s office (“Ausländerbehörde”).

g. If you have an Afghan Passport or ID: it is often dangerous to present a passport or ID before you obtain a positive decision about your asylum case. Before presenting a passport or ID, it is always good to ask for advice to a counseling office and/or to a lawyer.
Some Asylum procedures in Germany take a long time.

5) That can be a problem, because many times waiting lead to exhaustion. Nevertheless, this waiting time can be extremely useful for those who may have a lower chance to win the right to stay already with the migration office (“Bundesamt” or “ BAMF”) in the first round. Time is playing on your side! If you use it for both to integrate more (learning the local language and/or trying to find a job or a chance to study) and to build a network of friends who will fight for your right to stay together with you, the longer it takes the better it is.

c) Even if the asylum procedure fails, and you obtain a negative result all the way to the end of the process, there is also the option – via “Petition” to a state parliament and hardship case commission (“Härtefall-Kommission”) – to get a right to stay based on “integration”. It becomes complicated to defend and prevent a person from being deported especially if s/he is accused of criminal offences. If the criminal offence sentence is too high, this also blocks petitions to “Härtefall-Komission”. Therefore: be careful with drugs (dealing) and with all kind of things that can lead to higher sentences and/or fines.

6) What we can imagine is that, in some cases, the authorities could try to deport to “set an example” to scare all others. Yet it is actually still possible to stop a deportation until the last moment. You can find more ideas on how to do that here: http://w2eu.info/germany.en/articles/germany-deportation.en.html (in English, including a PDF printable in several languages) and http://w2eu.info/germany.fa/articles/germany-deportation.fa.html (in Farsi).

7) In case you are considering leaving Germany to go to another country, it can be very helpful to think about it twice to avoid finding yourselves in an even worse situation. There are a lot of information and useful contacts here: http://w2eu.info/ and it is very useful to ask for advice BEFORE leaving, so that you know what it is important to keep in mind as you go. In many cases, especially when people have already been registered here and have been here for some time, it would be much easier and quicker to fight for a right to stay in Germany than in a second country – especially as there is also the chance of “Dublin” deportations back to Germany.

8) Especially for Bavaria: Afghans who have only a toleration („Duldung“) status in Bavaria (after the end of a complete procedure with negative results – thus without holding any other status) may receive threat letters. If you receive such a letter, this does NOT mean that you will be quickly deported. Please visit a counseling office or your lawyer to speak about your prospective chances to stay.

We propose the following:

1) Everybody should help in stopping rumors and false information. If you can, please copy this information and share with friends.
2) Prepare for your asylum case.
3) Let’s join hands to ask for better integration options – we expect that the foreigners’ (“Ausländerbehörden”) will become more strict with work-permits or permissions to begin education (“Ausbildung”) and we need to build networks to struggle for more and better access to both language courses and work permits.
4) Let’s join hands and build solidarity against deportations. Afghanistan is not safe. Let’s join hands against fear. Each person who gets a negative decision should have many friends around him/her to make this message clear: together we will not allow anyone to go back against their will!

Against fear – right to stay for everybody! 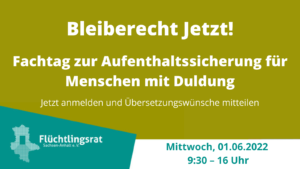 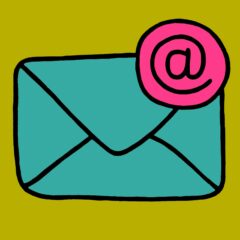 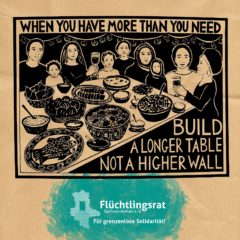 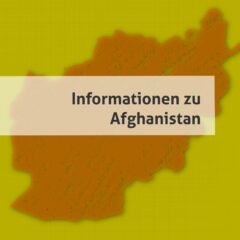